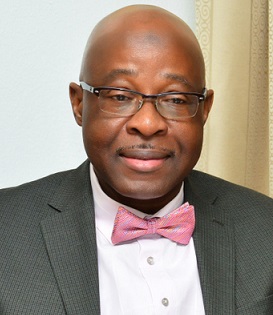 Dr. Lecky was born in Auchi to the famous Chief Daudu Alhaji Yaro Lecky family of Auchi Scared Kingdom. He started his early formative primary education at Moslem Primary School, now Otaru Primary School, Auchi. He proceeded for his secondary education at St. Paul’s Anglican Grammar School, Igarra and later at Ansar-Ud-Deen Grammar School, now Momodu College, Agbede. He did his post-secondary Higher School Certificate (HSC) education at Ijebu Muslim College, Ijube-Ode before gaining direct entry to the University of Ibadan in 1975/1976 to the Faculty of Social Sciences. With a Federal Government Overseas Scholarship, he was admitted to the Iowa State University of Science & Technology to study Town & Regional Planning. He did his Double-major master’s degree program in Urban Planning/Demography; and a Ph.D., program in (Health) Demography at the University of California, Berkeley, California. He was accepted as a MacArthur Foundation Post-Doctoral Research Fellow at the Center for Population Studies & Development at the Harvard School of Public Health, Harvard University, Cambridge, Massachusetts, USA.

Before returning to Nigeria in 1995 as a Consultant/Project Manager of the Nigeria, World Bank-funded, Health Systems Funds (HSF) Project in the Federal Ministry of Health, Dr. Lecky had been appointed a Research Associate at Harvard School of Public Health. He had also worked at the United Nation Development Program (UNDP) in New York. From the World Bank engagement, Dr. Lecky mainstreamed into the Nigeria Civil Service, rising to the rank of a Director/Head of Department of Health Planning, Research Monitoring & Evaluation and Statistics. While with the Federal Ministry of Health, Dr. Lecky also worked intermittently in Geneva with the World Health Organization/WHO HQ, as a Short-Time Professional (STP). As head of health policy in the Federal Ministry of Health, and haven piloted as a leader in many health sector initiatives, Dr. Lecky is an acknowledged and accomplished public servant/technocrat, with vast national and international experiences in Public Health System Administration, Governance & Democracy. He was appointed in December 2004 by President Olusegun Obasanjo as the Executive Secretary/CEO of the National Health Insurance Scheme, and in that capacity was responsible for the formal takeoff of the NHIS in Nigeria in June 2005.

Dr. Lecky was a WHO Africa Regional Expert on Information System & Technology and served as Vice-Chair of the WHO Special Research Programme and Training – TDR; and WHO Joint Coordinating Board (JCB) – TDR and was an as ex-officio member of other WHO Governing Bodies Standing Committee, and Scientific and Technical Advisory Committee – TDR. For many years he served as a member of high-level Nigeria delegation at international meetings, such as: the UN General Assembly; WHO-World Health Assembly meetings; Africa Global Health Leaders forum.

In 2013, Dr. Lecky was appointed the Executive Secretary/CEO of the Health Reform Foundation of Nigeria – HERFON; a leading national Health CSO/NGO which he was instrumental in establishing in 2003. HERFON through the Health Sector Reform Coalition – HSRC was responsible for the passage of the National Health Act into law in 2014.

Examples of Dr. Lecky’s key activities and accomplishments include: Member, Federal Ministry of Health Ministerial Expert Advisory Committee on Covid19 Health Sector Response; supervision of many off-seasons governorship elections; extensive exposure to foreign elections observations; extensive appearances on national TV on election and political and governance and democracy discourse; Member of 3-person-team that drafted the National Health Act in 2004; Lead the Health Sector Reform (Civil Society) Coalition – 2013 – 2015 for the passage of the National Health Act into law in October 2014; Chaired the National Reference Group that prepared Nigeria’s 1st National Health Plan (the National Strategic Health Development Plan – NSHDP: 2010 – 2015); Lead the formal commencement & enrollment, of Nigerians for the National Health Insurance Scheme (NHIS) in June 2005; Member, select technical team for the preparation & presentation at the United Nations, New York of Nigeria MDG Reports (from 2010 to 2013); Lead the Nigeria Health Sector Reform Program, Federal Ministry of Health, 2003-2007; Established the ongoing National Health Management Information System (NHMIS) Program for the Nigeria Health Sector in 1996; Provided technical-lead at the Federal Ministry of Health for all the major health policies in Nigeria starting from 1995 – 2015; For over a decade provided technical leadership for the National Council on Health (the highest policy advisory council on Health matters in Nigeria).