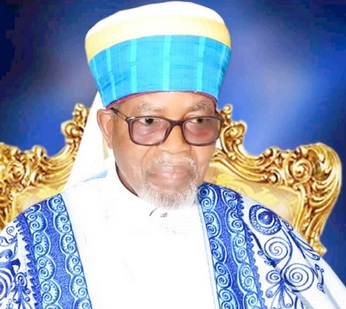 In the Mining Sector, the Nigeria Mining Corporation in 1994,
announced his company – Globe mark Limited as the first and only private
company engaged for prospecting Gold in Nigeria. But the potential of
the company to effect a leverage of the commercially viable Gold Mining
conglomerate with expatriate partners were frustrated by Federal
Government ineffectual and draconian policy instruments thereby giving
rise to dousing the great enthusiasm and impetus in this sector.

In 1995, was appointed the Director of Auchi Community Bank Limited. On the 7th December, 1996, he was installed as the 10th
Otaru of Auchi Kingdom. In 1999, he was appointed chairman of Auchi
Community Bank Limited now Auchi Microfinance Bank Limited. The Benin
Branch of the Institute of Chartered Accountants of Nigeria (ICAN) in
2002 honoured him with an award of Honour and Excellence in recognition
of his outstanding contribution to the development of the Accounting
Profession in Nigeria. His singular effort and intervention in politics
paved way for Comrade Adams Aliyu Oshiomole, the Omokpanebevho of Auchi
Kingdom to run for Governorship position in Edo State and he was
unanimously endorsed by all the Traditional Rulers in Edo State as God
sent to deliver Edo State in 2007 governorship election in Edo State.
Today, we are all celebrating the transformation.

In 2008, he was appointed chairman Local Organizing Committee,
National Qur’anic Recitation Competition held in Auchi, Etsako-West
Local Government Area of Edo State in 2009 and 2015. In 2010, he was
awarded the National award of ‘‘Order of the Niger (OON)’’ which award
he declined to receive. In the face of mounting Traditional Ruler’s
duties, he resigned from the Board of Directors of Auchi Microfinance
Bank in December, 2010.

In his reign, the Kingdom of Auchi witnessed tremendous growth in
many ways. Apart from the peace the Kingdom has witnessed in his time,
Auchi also made outstanding Infrastructural and economic gains in his
reign. These gains can be seen in the number of Banks that opened
branches in Auchi, the gigantic Arafat Mosque, the Palace grounds and
the style of administration as well as the dualization
of major roads in Auchi, just to mention a few.

He loves reading the Holy Qur’an and Hadith and other scholarly exposition of Islamic Jurisprudence.

He is blessed with purity of wives and children.

After a brilliant primary education, he left for the Northern Nigeria to seek employment. In Kaduna he worked for the Government Catering Rest House from 1952 – 1956. With the flare of figures, His Royal Highness, Aliru H. Momoh Ikelebe III, Otaru of Auchi Kingdom secured a Senior Accounts Clerk position in the Nigeria Breweries Limited from 1956 – 1959. Owing to his sparkling efficiency, he was promoted to Chief Clerk – Accounts at the Headquarters, Nigeria Breweries Limited from 1959 – 1962.

The irresistible desire to further his education saw him off the shores of Lagos unrouted Britain to seek the Golden Fleece where he settled down with the diligence of an Etsako man and in no time acquired a chain of qualifications. He is a fellow Association of Certified and Corporate Accountants (FCCA), Fellow Institute of Chattered Accountants of Nigeria (FCA) and Fellow – Britain Institute of Management (FBIM) and LL.B(Hons) London.

By far the most revealing attestation to the magnanimity and astuteness of his personality is the leadership role that he has played and still ready, willing and able to play, in the affairs of his people – Auchi in particular, Etsako, Afenmai, Edo State and Nigeria in general. With his total commitment to the progress and development of the people and the area, and with his irreversible committement to the pursuit of good living for all, we are proud to adjudge that the level of his patriotism and participation in Etsako and Afenmai affairs has remained unparalleled.

He was unanimously elected the President of Etsako club 81 in 1986. His singular contribution to the move for the creation of ‘‘Afenmai State’’ remains highly patriotic and commendable. His unassuming disposition, forthrightness and principle attitude to affairs are the attributes which endear him to all.

His Royal Highness Aliru H. Momoh, spent major aspect of his Tertiary Education in the United Kingdom where he read for Professional Accounting Qualifications, and also graduated with Honours – University of London, Bachelor’s Degree in Law (LL.B); worked with a firm of chartered Accountants Dillsworth, Chattered in London – and also, the Jewish National Fund Investment Ltd, 4/12 Regent Street, London, and ultimately appointed in 1977, in London, as Group Finance Controller for the Nigeria Subsidiary of Chelseborough Ponds International Ltd (Vaseline Products Manufacturer – America Coy).

In 1979/80, he skillfully influenced the Ministry of trade to place a ban on the importation of the finished Vaseline Product of the defined category because he felt that the local producers were capable of meeting market demands even at more competitive prices. The result was that the plant set in England to produce the brand for the Nigeria Subsidiary was shut-down with about 200 workers retrenched.

In 1982, he was named ‘‘Financial Wizard’’ by a consortium of Bankers representing Lead Bank in the times of Mr. Asabia – Managing Director – First Bank of Nigeria Ltd, Icon Merchant Bank represented by Mr. Rogers an expatriate and Chase Merchant Bank represented by Mr. Rewane on presentation and successful defense of Financial Package of 8.0Million Naira Loan Application to build a factory and office accommodation for Chelseborough Ponds International Ltd. The; Lawyers of the Bankers – Taiwo and Abdullia – Legal Practitioners, Ikorodu Road, Maryland Lagos, recorded this commendation in the minutes of their conclusion meeting. They were intrigued by the mythology of the accounting package, the intricate knowledge of, and classic layout of every segment and above all the ability to negotiate and obtain competitive interest rates for his company Chelseborough Ponds. In 1983, he joined AC Christlieb Nigeria Ltd, as Group Financial Director, where he retired in 1989 into his private Communications and Mining Businesses.

In 1988/89, he was appointed to serve as a member of the Sub-committee of the Federal Government Privatization and commercialization committee with respect to Nigeria Railway Corporation. The highlight of the recommendation was for Government to acquire forty (40) new locomotives to drives the coaches and Wagons to a position of a commercially viable Nigeria Railways of good times Mid 1960 when the operation was operating profitably. And the implementation Sub-Committee for the Benin/Owena River Basin Authorities 1989/90, where his performance was highly commended.

It was postulated that by 1992, the operation would operate without Government subsidy as well as effecting savings on road maintenance and dilapidation through the heavy weight of trailer vehicles menacing dangerously on our Federal Roads. A grim realization is that today, the corporation is now declined to a magisterial death. Besides these national assignments, His Royal Highness Aliru H. Momoh, Ikelebe III, Otaru of Auchi Kingdom, a prolific writer still found time to write on national issues especially in the business, religious (Islam and Christianity), traditional institution and economic areas.

In 1983, his article on ‘‘Budgeting for Survival’’ – Sunday Times of 27th
February, 1983 was most incisive and so general public awareness and  debate. Similarly, in 1985, his paper on the ‘‘Dynamics of Nigeria
Economy’’ presented to the Manufacturer’s Association of Nigeria (Man)
Apapa Branch, was highly applauded for its lucidity and insight. His
paper on the ‘‘Economic Agenda’’ presented to the presidency in 1983 won
for him an enviable recognition at ‘‘Aso Rock’’.