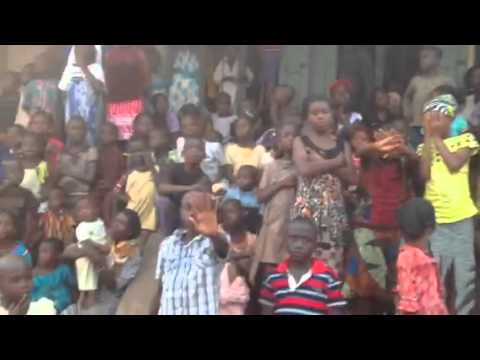 Eshile festival is a festival celebrated as to make sacrifice to the gods of Ivie land, it also mark the end of the traditional year and during this period young boys and girls who wish to marry is an open floor for them.
There are few attributes that make the the Big Eshile festival so groovy.
1) Oki ukpagwuaghie (buying and selling with cowries)
During the event of this remarkable festival, cowries are used as means of exchange on each day the market is scheduled.
2) Anyianwumhe – it is a
great local cultural display is performed by girls under the supervision of experience and old women.
Weaved local shakers are played to give melodious sounds
3) Ongalala – a display by the men folks whereby the men covered a form of weaved baskets with big dresses to cover and dance perfectly.
4) Abu ukhomhi. This is where rich parents decorating their girls marrying at the marriage with expensive beeds by weaving the girls’ head’s and body decorations.
5) . Omumutubu. This is where young boys chases the young girls in the night to finger them and play with there breast.
6).Ongalala… onga hoooo… onga.. onga.. onga… this is the common slogger every body use during this festival.
A period when families and friends come together to celebrate but it is also a period when new families are created as this is the Ivie traditional time for group marriages, woman that is married at this period we naked and dressed with expensive beeds and weave their heads to go round to their family and friends houses l. It is also a time when many people traditionally wedd the same day. The real day that men and woman would visit the shrine nobody will sleep with woman that night and if you do, you don’t go to the shrine it is a taboo and there is a penalty for those that try such.
The Éshile festival is to mark the end of the year and the beginning of a new one so can be regarded as the NEW YEAR festival of the Ivies.
As one of our cultural heritages, Eshile brings us together each year to unite and remind us that together we are happier and stronger.

SECURITY IN AFEMAI LAND! An Urgent Need for Action.