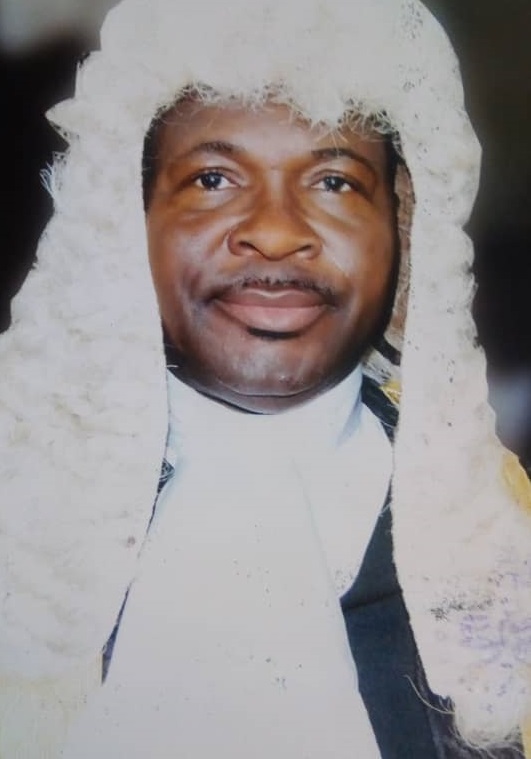 As a student and lover of law, philosophy, logic, sociology, classics, literature, history, international affairs, and the scriptures, Ozekhome has a way with words. He possesses profound oratorical skills which enable him strike the right chord when he speaks, while painting mentally-recorded pictures with words. His deep erudition and incisive dissemination of ideas and strongly held opinions are a beauty to behold.

The legal icon hails from Iviukwe town, near Agenebode in Etsako East Local Government Area of Edo State, Nigeria. His late parents, Chief Abu Ozekhome and Chief (Madam) Alimoh Abu Ozekhome, though of humble backgrounds, without material wealth, were keen lovers of education and knowledge, respected Chiefs and distinguished Community leaders, who inspired the young Mike and nurtured him with the best virtues and traditions of nobility, character and integrity that humanity can bestow – honesty, humility, good conscience, fear of God, hard work, selflessness, service to humanity, courage and daring bravado.

This pro-masses prodigy attended St. Mary’s Catholic Primary School, Iviukwe, and St. Peter’s College, Agenebode, both in which he made the best graduating results in 1969 and 1974, respectively. He later attended the Baptist Academy, Lagos, in 1975 and the University of Ife (now Obafemi Awolowo University), (Ile-Ife), wherefrom he graduated in 1980, after losing one academic year to enable him change from his original course of English language to study to law, his passion from childhood.

His university externship was always with fiery Peoples Lawyer, late Kanmi Isola-Osobu; while his NYSC was with the Federal Ministry of Justice, Yola, and later, Lagos, wherefrom he was seconded to the then National Provident Fund, Lagos (now known as Nigeria Social Insurance Trust Fund).

By 1982, Dr Mike Ozekhome was back to Ife to pursue his Masters degree programme in Law. He also lectured simultaneously, and thereafter, at the same Law Faculty.  Many of his students are today Judges, Justices of appellate courts,  Senior Advocates of Nigeria, top entrepreneurs, Diplomats, Captains of Industry, top military brass and Professors. He later joined the ever busy and pro-masses chambers of the late Chief Gani Fawehinmi, where he worked, first, as a junior counsel, later as a senior counsel; and finally rose to the highest position of Deputy Head of Chambers by 1985. In 2017, Ozekhome bagged his Ph.D (by Thesis) from Alliance International University, Lusaka, Zambia.

Ozekhome has handled many epochal cases that have helped to define and shape the legal regime and Nigerian legal jurisprudence, thus helping enthrone a favourable climate for the sustenance of human rights, democracy, good governance and the rule of law.

In 1986, he founded the law firm of Mike Ozekhome’s Chambers, with thriving offices in Lagos, Abuja, Benin City and his home town, Agenebode. His law firms handle many cases probono. Ozekhome uses law as an instrument of social, political and economic engineering. He has handled and continues to handle many landmark cases that help redefine Nigerian Laws and jurisprudence, in all the appellate courts of Nigeria.

Biographical Dictionaries in which Ozekhome is Cited

Ozekhome has been featured variously in Dictionary of International Biography (“Who is Who in the World”), by IBC, Cambridge, England, 28th and 29th Editions, “Who is Who in Nigeria”, by NIBC, Lagos, “Who is Who in Nigeria,” by NewsWatch Publications Ltd, “ICON of Humanitarian Service Award”, “Award of Peace and Leadership”, “Achievement in Football Award”, “Kwame Nkrumah Honour” as “Icon of Nation Building and Human Emancipation in Nigerian”, etc.

Membership of some Organizations

The generalissimo has over the years spoken truth to authority, challenged dictatorial anti-people decisions of any government in power, and insisted that the primary purpose of government which is security and welfare of the people cannot be compromised on the altar of fear, intimidation, sentiments and sheer emotion. An anti-corruption Czar who first propounded the theory that corruption is the 37th State of Nigeria, the wealthiest and most potent (which must therefore be killed before it kills us), Ozekhome has however kicked against impunity and insisted that the fight against corruption cannot be used to wantonly decimate the cherished rights, freedoms and liberties of the citizens; but must be fought within known parameters of Constitutionalism and the rule of law. Ozekhome’s crusades go beyond answering the questions. He also questions the answers. In discussing national issues with uncommon passion, Ozekhome does not leave any stone unturned and any turn unstoned.

Ozekhome’s passion for justice has pitched him now and again with authorities and ruling powers. He fights for the defenceless. He gives voice to the voiceless; empowers the weak, the poor, the denied, the pauperized, the traumatised, the marginalized, the hopeless, the oppressed, the hapless, the repressed, the subjugated, the ignored, the forgotten, and the struggling members of the hoi-polloi and Frantz Fanon’s “Wretched of the Earth”. In this mission, he was, over the years, (especially during successive military juntas), harassed, arrested and detained several times.

No words can more perfectly describe this legal prodigy than the very words of “Northern Youth Initiative for Peace and Good Governance” (NYIPGG), when it conferred on Dr Ozekhome, SAN, at Abuja, the “National outstanding Leadership Award, 2017 As Icon of Societal transformation”, on the 6th of October, 2017. It wrote of Ozekhome in its citation, as follows:

“Integrity, credibility and success are not bestowed but are basically earned through an articulated vision, dint of hard work, professionalism and dedication. These are the variables upon which Chief Mike Ozekhome the Constitutional lawyer and human rights activists daily life revolves. He is a symbol of total embodiment and commitment to excellence in the act of public administration and management. He has continued to inspire and energize present and future generations by epitomizing outstanding management excellence, efficiency, transparency, prudence and selfless services in different capacities where he has served meritoriously”. A man who felt good is not good enough where better is possible, leaders makes things possible; exceptional leaders make them inevitable”.

National Assignments Carried Out by Ozekhome

Using law as an instrument of socio-economic and political engineering, Ozekhome in 1987 co-founded the Civil Liberties Organization (CLO), the first human rights organisation in Nigeria. He was the pioneer Director of Legal Services and member of its Governing Board. In 1998, he co-founded the Joint Action Committee of Nigeria (JACON), with the late Chief Gani Fawehinmi, who was chairman. Ozekhome was the National Vice Chairman, publicity and publications. He had, earlier in 1992, solely founded the Universal Defenders of Democracy (UDD), an international human rights and pro-democracy league. He also founded the Democratic Rights Agenda (DRA) and Peace Initiative (PI), a peace building and conflict resolution centre. Ozekhome was frequently detained several times, starting from 1986, on account of his human rights and pro-democracy activities, especially during despotic and repressive military juntas.

In 1990, Ozekhome was glowingly acknowledged by the Lawyers Committee For Human Rights, New York, in its 1989 and 1990 Annual Reports: “In Defence of Rights: Attacks On Lawyers and Judges”, as one victim of human rights abuses, in Nigeria.

Ozekhome later founded Mike Ozekhome Foundation (MOF), a wholly philanthropic and charitable organization, committed to helping the youth, widows, the poor, vulnerable and down-trodden. A consummate author who has written many law books and numerous national discourse books, he has attracted to himself numerous traditional and honorary chieftaincy titles from across the length and breadth of Nigeria, the most famous of which is AKPAKPA VIGHI VIGHI OF EDO LAND (Generalissimo and Commander of the traditional Armed Forces of Edo land). This is a title that was jointly conferred on him at Ekpoma, Edo State, on March 2, 2002, by all the 72 Traditional Rulers of Edo State, a feat never before achieved by any person.

Ozekhome has received over 300 awards and honours, both locally and internationally. He holds seven honorary Doctorate Degrees (honoris causa) in addition to his Ph.D by thesis from Lusaka, Zambia. These include Doctor of Laws (LL.D), Doctor of Letters (D.Litt), Doctor of Administration (DA), Doctor of Jurisprudence (JD), Doctor of Letters (HonDL), Doctor of Philosophy (Ph.D), etc, from various Universities in USA, United Kingdom, Israel, Nigeria and Belize City, Belize, Central America. A Paul Harris Fellow of Rotary International, Dr Ozekhome is an International Ambassador of Peace, honoured with the Global Peace Loving Citizen of the World, (GPLCW), the highest honour given out by the Universal Peace Federation (UPF).